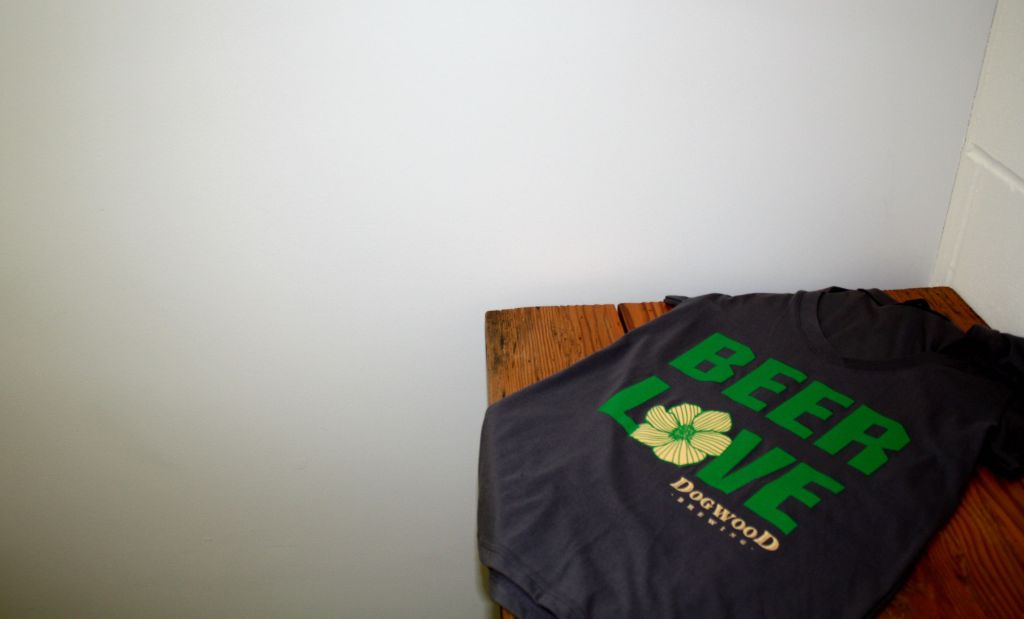 There are so many reasons to celebrate craft beer. Its flavour and social charm, a growing local community, a space where you can taste hundreds of different adventures. Claire Wilson, brewmaster and CEO of Dogwood Brewing, has been offering all of the above in her tasting room since March 2015. There has been just as much heart as there is experience going into the business, and it shows in the confidence that Wilson exudes as a brewer and as a woman.

Craft beer is still on the rise in Vancouver. With the industry filling up all corners of East Vancouver and another 20 microbreweries expected to open soon, Wilson has managed to create a unique and admirable legacy of her own.

At Dogwood, Wilson and her husband have established Metro Vancouver’s first and only organic and sustainable brewery: a business approach that is equal parts humility and sensibility. Using aluminium cans and recycled boxes, Dogwood’s packaging is fully sustainable, with the beer ingredients sourced locally and organically.

“In the ’70s, the breweries used to re-use, wash, and fill their beer bottles. That’s how it was done. That was because it was cheaper to do it that way, but now disposable culture is super cheap, it’s just garbage. Buy it from China, ship it all the way here, crush the glass, and repeat. Glass doesn’t always get recycled as glass, sometimes clear glass will get recycled as glass, but it’s often put into asphalt plants or into other streams. Crushing a bottle and turning it back into a bottle takes so much energy compared to crushing a can. Cans are made locally, they’re recycled, they’re lightweight, and they’re better to ship and transport,” said Wilson.

The veteran brewer earned her chops long before setting up camp in Vancouver.

“I ran and worked at a real ale brewery in Devon, England in the national park. Because of where it was, we couldn’t have any waste. It teaches resourcefulness. It gives you a real appreciation for the environment and how stuff gets to you and how stuff is delivered and managed. We’re in a very disposable culture where people throw things away. That’s why I love the growler concept; it brings it right home for people,” said Wilson.

She decided to do her bachelor’s in brewing at University in Edinburgh, Scotland. After graduating, she worked for microbrewery Mean Time Brewing in Greenwich, London, and then with the Foster’s partners, the biggest brewery collective in the UK.

“I learned so much from all of those jobs, and got to this place where, when I wanted to do something for myself, all those parts played into it. I wanted to do something that is good: good for the local economy, good for the planet …. No one’s perfect but you can try and make the best decisions that are available to you. Don’t choose cheap and easy, try and choose something that’s going to build something,” she said.

Wilson knows the dynamic of product manufacturing, but not everyone sees the money the same way.

“If you’re only thinking about money as a business owner, it will lead you down a dark scary path. That’s why our branding is on top of supporting British Columbia for British Columbia. We bought T-shirts, and the effort we put into having them made is crazy, we wanted to have organic cotton, but it’s so hard to get and super expensive for us to buy at $17 dollars a shirt, most people are buying T-shirts for $3, so they can hand out ‘swag’ for free to consumers. We want something that is sweatshop-free and fair for everyone involved,” she said.

Much of Wilson’s inspiration derives from her friends at Crannóg Brewing in Sorrento, BC. A couple runs the operation, Canada’s first Certified Organic farmhouse brewery, where they produce traditional Irish style ales and other session beers.

From the chickens that graze on the land to the produce they seasonally sell to ingredients that go into the beer, everything is farmed organically.

Another aspect of brewing Wilson seems to be passionate about is its history.

“Beer was always made by women historically, the baking and brewing was done in the home. If you don’t count the monks, the famous brewers 300 years ago were all women. In South America they make Chicha, in Russia they make Baltika, even in South Africa women made and make beer. They were doing it for a thousand years. Women make the best beers. When Baltika in Russia was this massive production, they had women working in long skirts and head scarves connecting tanks up in the brewery. It was a woman’s profession until the Industrial Revolution. When brewing became a lucrative job, men were suddenly of interest,” Wilson explained.

“Every single time I deliver a keg to a bar, I’ll have these male bartenders with skinny arms always trying to lift the kegs for me, out of a more chivalrous place. They don’t realize that I do this all day long, at the brewery, too, that it’s a part of my job. I used to fight back, but now I just let them do it. I have nothing to prove,” she laughs.

Wilson, as well as other women in the Vancouver industry, will be collaborating on their second annual International Women’s Day brew. This year it will be a top-fermented Gose beer: a Belgian sour beer that will have notes of sea salt, citrus, and herbs like coriander. This gives Wilson and the other ladies a chance to come together to celebrate their camaraderie, their passions, and beer.

In the ’70s and the ’80s, mainstream beer commercials were always about having a thirst-quenching, ice-cold beer on the beach or playing football surrounded by women in bikinis. It was hardly about flavour or the brands itself; it was how the beer was marketed and who it was marketed towards. Men.

“We easily see just as many women as men coming to our tasting room and coming to the brewery. Women are interested in what are doing our story. So when breweries market their beer with this hyper-sexualized tone, like Howe Sound had their Three Way Ale and their Foursome beer, and they did keep it far away from marketing it in a sexual way, but you see a lot of the oddly sexual coming into play,” said Wilson.

Sexual references are beyond the point; this has more to do with the ratio of effort in marketing a product compared to its quality. Larger companies will spend 90 per cent of their budget on marketing and a miniscule remainder will be on the actual product.

At the moment, Wilson’s main focus is maintaining balance. 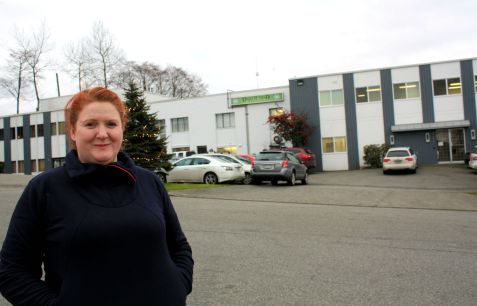 “Every time I get caught up in all these manifested dilemmas about how I’m going to grow the business, my friends from Crannóg and Nelson Reigns always say, ‘That sounds like a year-three project.’ I don’t have to do everything now, but we’re in a very consumer-driven market. It’s hard work and you gotta love it.”

Stay tuned for Dogwood’s annual International Women’s Day brew festivities on March 5. This year it will be a top-fermented Gose beer: a Belgian sour beer with hints of sea salt, citrus, and herbs. The beer will be featured on site at Dogwood Brewing in South Vancouver. 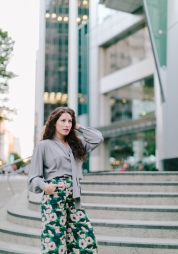 Alli is a wildcard. Faux fur is her wingman. She is constantly moved by art, cool parties, and independent film, and continues to create her own projects. She wishes her photographic memory did her Instagram more justice.  Check out her blog at http://www.thewildcardwins.com.

Begin typing your search above and press return to search. Press Esc to cancel.