Bold, Beautiful and Bawdier Than Burlesque

When most think of cabaret, what comes to mind are feather boas, sequins and Moulin Rouge, but the bold and beautiful Darlings Cabaret group is bringing something much more unique to Vancouver.

For the Darlings, the entire venue is the stage. Including the laps of a few lucky patrons.

Every third Tuesday of the month, The Darlings light up Gastown’s Guilt and Co. with an interactive and no holds-barred performance, true to cabaret roots, amplified with rock music and modern wit.

Cabaret was born in Paris in 1881, and by nature, it’s a performance that creates an evocative experience between the audience and the dancers. Creating an intimate engagement between the observer and the artist.

“We are more than just sexual dancing. It’s not all about that. We have a lot of character pieces, acting pieces, and comical elements. We want to show strong and talented females,” says Kathryn Schellenberg, creator and choreographer of The Darlings Cabaret.

For her, The Darlings Cabaret was a mere dream for nearly five years before she wrangled up her closest dance colleagues and formed the collective. Later, the group got a nod from Disaronno Amaretto and Sailor Jerry’s spiced rum, both of whom sponsor the pack.

Today, The Darlings are made of up 10 of Vancouver’s best-known, sultry female performers.

The show is hands-on and gritty, blended with a touch of sass, comedy and dancers that are as talented as they are mesmerizing.

Each performance is choreographed to be well-rehearsed but not restricted, allowing The Darlings free reign to develop and improvise their own characters amidst the performance.

“I like to perform for an audience in this kind of way and [Kathryn] never restricts our creativity. She gives us so much freedom to become our own character and our own dancer and I feel like I can express my own personal self and how I want to be as a performer all in this one show,” says dancer Christina Schell.

The roster  for each performance is interchangeable, but Schell has performed in every show since its debut at the Morrisey Pub two years ago.

“Before The Darlings started, I was so inspired by the old school 1950s movies, and cabaret  groups based in New York and L.A. and there was never an opportunity here [in Vancouver] to do that. And now, absolutely everything I want to do as a dancer is in this one show,” Schell says.

A room full of gorgeous dancers may intimidate some, but audience feedback implies just the opposite.

“I find a lot of women during the show and after the show have come up to me and [told] me they love the performance because they have found it very empowering,” says Schellenberg.

The Darlings are a troupe of women taking ownership over their own sexuality, with the confidence to strut their stuff in silk bras and panties, and know that they look good doing it.

“I feel like all the Darlings are such different shapes and sizes and we are all in the same costuming, but all of us as dancers are at the age and maturity to love ourselves and our bodies and to be confident and proud of who we are,” says Schell.

It’s that amour-propre that makes each Darling not only captivating, but inspiring to her fellow females in the crowd.

“Women who come and watch the show feel empowered and comforted because they are seeing women who love themselves and love what they do.”

The Darlings Cabaret performs every third Tuesday of the month at Guilt & Co. You can catch their next performance on  Tuesday, Oct. 20. Tickets are $15 in advance at thedarlingscabaret.com. 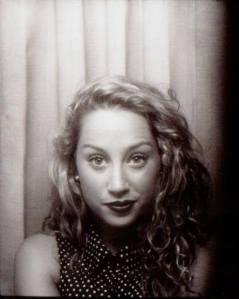 Brittany Tiplady is a part-time poet, and a full-time goat cheese enthusiast. She loves the indoors, fast wifi, collecting maps, and a generous glass of red wine.

iThere are no comments

Begin typing your search above and press return to search. Press Esc to cancel.